Nubank Launches Its Own Cryptocurrency on the Polygon Blockchain

Latin American challenger bank Nubank announced the creation of Nucoin, its own cryptocurrency on the Polygon blockchain network, set to be launched in the first half of 2023.

The token, developed with Polygon’s support, will be part of a rewards programme in Brazil where customers who accumulate Nucoins will be able to access benefits such as discounts and perks.

Nubank will also invite around 2,000 customers to participate in Nucoin’s development process in October and November in the spirit of decentralised product creation.

Polygon is an Ethereum scaling platform that enhances the functionality of Ethereum while retaining the base layer’s security and decentralisation. 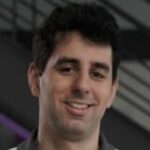 “Nucoin is a new way to recognize customer loyalty and foster further engagement with Nubank products. This project is another step ahead in our belief in the transformative potential of blockchain technology and to democratize it even more, going beyond the purchase, sale and maintenance of cryptocurrencies in the Nu app,” 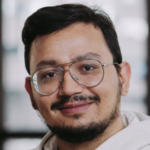 “Nubank’s customer loyalty rewards programme, powered by Polygon, will deliver the transformative benefits of blockchain technology to its customers, whilst acknowledging the shift happening in the traditional financial space,”