Nubank has reached 70 million customers in Latin America, with 66.4 million users in Brazil, 3.2 million in Mexico, and more than 400,000 in Colombia — making it the fifth largest financial institution in Brazil in terms of number of customers.

In Brazil, Nubank’s investment product has over six million active customers and its fund manager has one million shareholders. 1.7 million customers are also actively using its new financial planning tool and 1.8 million customers have used its cryptocurrency feature.

Nubank currently offers 30 financial products and it continues to invest in a platformisation strategy as it seeks to go beyond its core credit card and digital account business.

The company has a team of more than 7,000 people in six offices located in the countries where it operates, including technology and talent hubs in the United States, Germany, and Argentina. 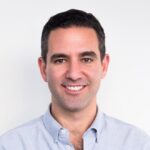 “Our accelerated growth is driven by an ongoing search for efficiency, which balances expansion, new products, and increased revenue per customer.

Nubank is a project for the next decades and we remain firm in our purpose of freeing all people from any complexity in financial services in Brazil, Mexico, and Colombia”,

What 2021 Holds for Fintechs and Challenger Banks in Mexico