South America has seen an exceptionally dynamic evolution of its neobanking landscape, with now more than 30 live neobanks and digital banks that serve over 50 million customers out of the region’s 430 million+ population (+11%), data from Dutch fintech consultancy firm Fincog show.

These new entrants are now present across the whole region, with the exception of Venezuela, Guyana, Suriname, French Guinea, Ecuador, Bolivia and Paraguay, which have yet to welcome their first homegrown neobank, the research found. 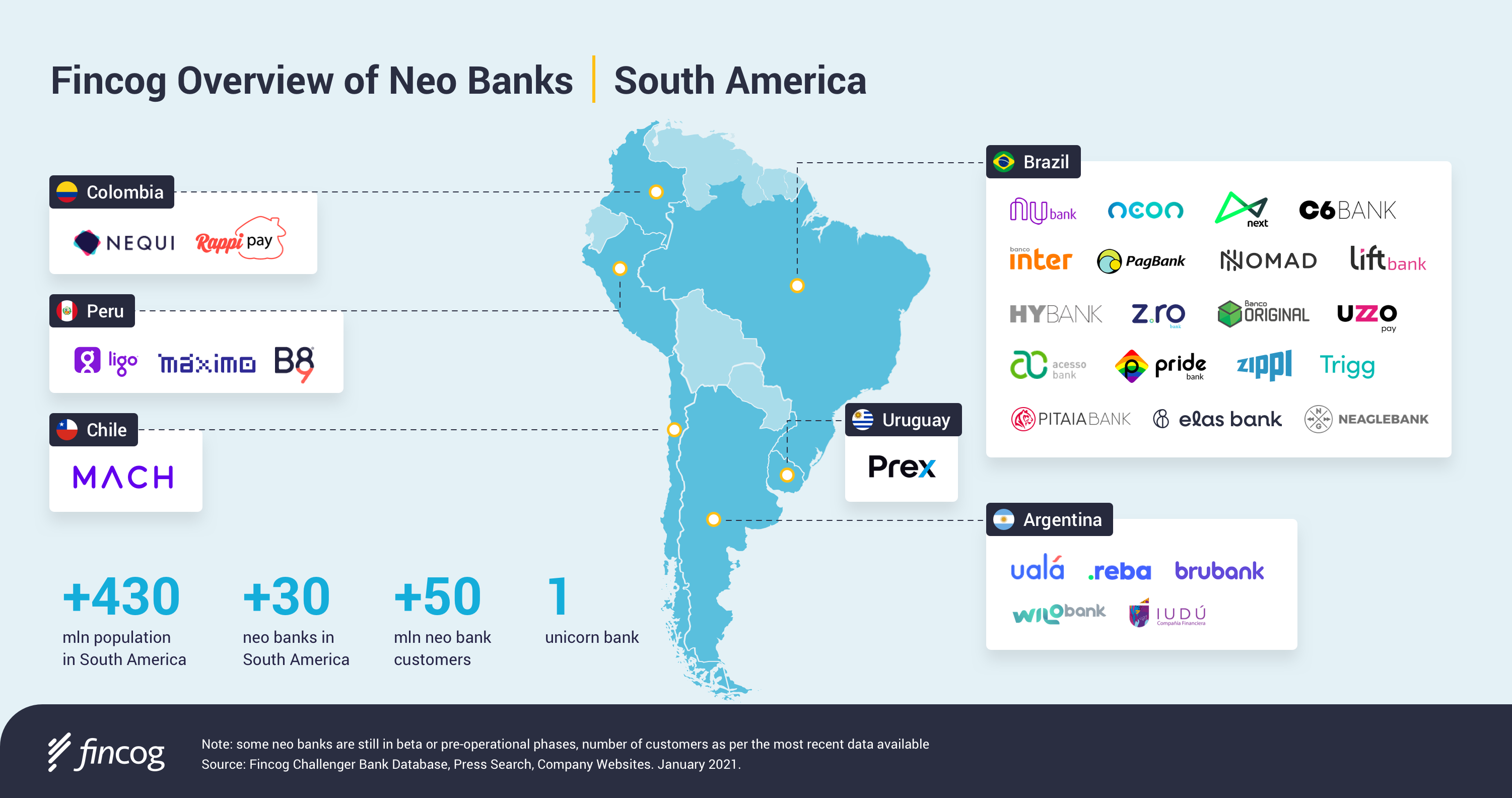 Unsurprisingly, Brazil stands as the hub for neobanking in South America, counting 19 players among which Nubank, a startup unicorn and the largest fintech in the broader Latin American region valued at over US$10 billion.

Founded in 2013, Nubank provides banking products and services including NuConta, a digital account, an accompanying international credit card, and personal loans. The startup acquired Brazilian investment broker Easyinvest in September 2020, hinting at an expansion into wealth and investment products.

Nubank serves more than 30 million clients across Brazil and Mexico. It recently launched in its third market, Colombia. 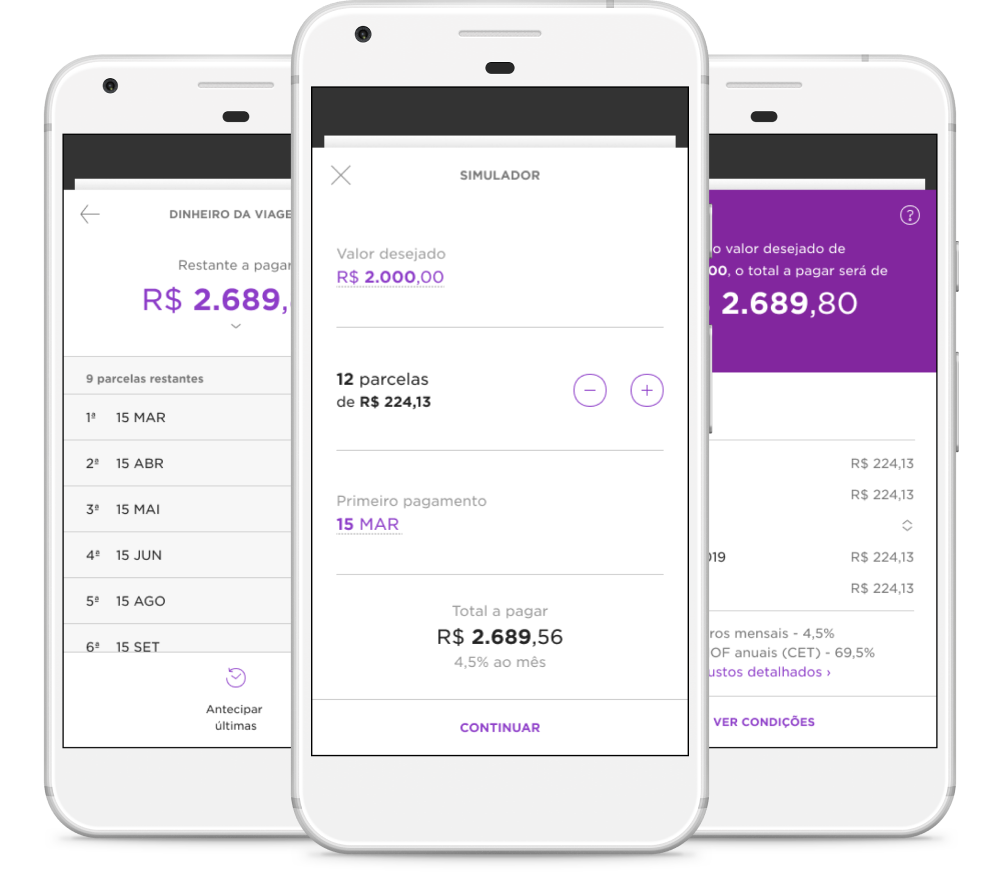 Following the steps of Nubank, many other neobanks have launched in Brazil over the past years, with most of them focusing on niche propositions for segments including women (Elas Bank), the LGBT community (Pride Bank), or gig workers (Zippi).

Brazilian neobank Neon is a player that’s rapidly making a name for itself. Founded in 2016, Neon launched with a simple digital account. It has since made several acquisitions and expanded its product suite to include investment products, credit cards, and personal loans, among other new offerings and features.

As of September 2020, the company claimed 9.4 million account holders, and around 1 million micro-entrepreneurs through MEI Facil, one of its earlier acquisitions which provides tax and payment products. Neon raised a US$300 million Series C last year.

Brazil’s booming neobanking ecosystem has pushed incumbents to launch their own digital banking offerings, Fincog notes. Such offerings include for example Next by Brazil’s second largest lender Banco Bradesco, and AgZero, launched by Banco Safra in October 2020.

Brazil is not only the region’s leader in neobanking, it’s also Latin America’s biggest fintech market that was home to more than 770 fintech companies as of August 2020, according to  local fintech platform and directory FintechLab.

Argentina and other emerging neobanking ecosystems

In the market, Uala is perhaps one of the most notable names is the space. Founded in 2017, Uala is a personal financial management mobile app linked to a Mastercard prepaid card that allows users to conduct financial transactions, such as transferring money and making payments and purchases, both in Argentina and abroad.

In Argentina, Uala had issued more than 2 million prepaid debit cards as of September 2020. The company recently announced plans to launch in Mexico. Uala had a valuation of US$900 million as of late-2019.

After Argentina, other emerging neobanking ecosystems in South America include Peru with players including Ligo, Maximo and B89, and Colombia, home to the likes of Nequi and RappiPay. Chile and Uruguay both count one neobank: Mach in Chile and Prex in Uruguay, according to Fincog.

Despite what may appears to be an already crowded neobanking landscape, South America remains a pre-mature market with many untapped opportunities given the region’s large and young population and low banking penetration, Fincog says.

The company expects more neobanks to launch in 2021 on the back of favorable regulations and failing costs to set up a digital bank.