Neobank Varo Raises US$510 Million, Now Valued at US$2.5 Billion

US-based Neobank Varo Bank announced that it closed a US$510 million oversubscribed Series E funding round, valuing it at US$2.5 billion.

The round was led by new investor Lone Pine Capital, who was joined by dozens of additional new investors including Declaration Partners, Eldridge, Marshall Wace, Berkshire Partners / Stockbridge, and funds and accounts managed by BlackRock.

New investors who also participated in the round includ Warburg Pincus, The Rise Fund, Gallatin Point Capital, and HarbourVest Partners.

Varo said that the investment will be used to further accelerate Varo’s rapid customer growth and support additional investment in product and technology innovation.

In the last 13 months since obtaining its bank charter, Varo reported that it has doubled its opened accounts to four million.

In addition, the company has tripled its revenue, unlocked new cost efficiencies, and expanded its suite of innovative financial products.

Employee count has nearly doubled, with Varo expanding into a third hub in Charlotte, North Carolina. 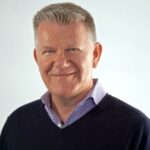 “The time is now to bring the best of fintech to the regulated financial system and build an entirely new kind of bank: one where consumers no longer have to choose between a sophisticated digital experience and a trustworthy banking partner.

This funding accelerates our path to achieving a profitable, transformative, and sustainable business designed to advance financial inclusion for millions of consumers.” 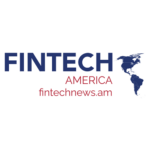