San Francisco-based challenger bank Chime Financial announced that it has secured a funding of US$750 million, pushing its valuation to US$25 billion ahead of a planned initial public offering (IPO) early next year.

The funds will be used to push ahead with its IPO plans for early 2022.

Founded in 2012, Chime provides checking and savings accounts and introductory credit cards to consumers through its app.

Prior to this, Chime had secured US$485 million in a Series F fundraise where the neobank was worth close to 900% more in 18 months for a US$1.5 billion valuation.

While Chime has experienced a meteoric rise since its inception, Ron Shevlin, the author of the Fintech Snark Tank on Forbes, raised the question whether the challenger bank has earned the lofty valuation. 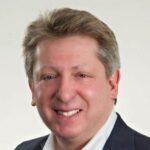 “In my book, Chime simply isn’t a $25 billion company. But what a US$25 billion valuation could do for them is put them in a position to make some acquisitions that could jumpstart the company’s path to earning that valuation,”

Moody’s Acquires Passfort and 360kompany to Boost Its Onboarding Solutions