Curve Secured $95 Million Ahead of US Expansion Plans

Curve, a London-based banking platform which allows customers to consolidate multiple cards into one smart card and app, announced it has secured $95 million as part of a successful Series C funding round.

This fresh funding brings the total investment in Curve to almost $175 million.

The funding round was led by IDC Ventures, Fuel Venture Capital and Vulcan Capital (the investment arm of the estate of Microsoft co-founder and philanthropist Paul G. Allen), with participation from OneMain Financial, a US personal finance company, and Novum Capital. Counting IDC Ventures, Curve also attracted many of its investors for a second time.

Curve will deploy the investment to expand internationally including to the US and to deepen its European reach. Curve will also use the fresh funding to drive ongoing product innovation, notably of Curve Credit in early 2021.

Last year in February, Curve opened its first US office in Brooklyn, New York, as a base for its Stateside operations. Curve’s US expansion was led by VP, head of North America, Amanda Orson, previously managing partner of media group W2PY and an adviser to Gauss Ventures. 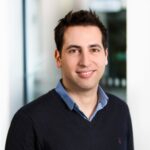 “We are ecstatic that our investors share Curve’s vision to empower as many people as possible to take control of their money and move banking to the cloud.

This fundraise stands out as an endorsement of Curve’s unique product strategy, the excitement surrounding the debut of Curve Credit, and the upcoming launch of Curve in the US. I want to thank our partners and shareholders, and the entire team at Curve for their tireless work to thrive throughout 2020.”

In October last year, Curve established a subsidiary in Vilnius, Lithuania, and secured an EMI Licence to enable it to serve its European customers following Brexit.

Curve had also announced it was joining forces with Plaid to bring open banking to the UK, allowing users to connect and see their bank accounts in one place.