Zurich-based Sonect has entered into a partnership agreement with Lana, a personal finance platform aiming to provide transactional accounts and financial services to gig economy workers throughout Latin America.

The Sonect app allows customers to withdraw cash directly in the store using only their smartphone.

Workers in gig economy marketplaces in Latam are often underbanked, having limited access to financial services. In Mexico, where over 50% of the population remain unbanked, cash continues to account for 90% of consumer payments.

However, accessing cash is no easy task for consumers. ATMs are considered the most insecure place by Mexicans and at the end of last year, people in 50,949 towns had to travel more than seven kilometers to access an ATM, which represented 57.7% of the country’s total.

Lana is working closely with companies to unify the workers’ disparate wallets into a single account that would operate as a payment account.

In Mexico, Sonect is working with institutions such as Arca Continental, Yomp! and the Mexican National Chamber of Bakers and Related Industries (CANAINPA) to create an ATM network in the country.

Through its partnership with Lana, Sonect aims to create a cross-continental network within Europe and Latin America. 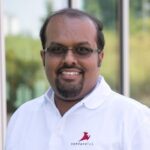 “We are super excited to kick off our Mexican journey with Lana. They are the ideal partner to support our expansion and help us bring our service to a bigger audience. At Sonect, we focused all our forces on expanding internationally in 2020. Signing a partnership agreement with Lana is a significant milestone for us, and it shows that we are reaching our ambitious strategic goal for this year,”

In addition to the development in Latin America, Sonect was selected as the only solution from outside the UK to participate in the Community Access to Cash Pilot.

Cash withdrawals in the UK have become increasingly difficult as banks have closed down branches due to cost pressure, often also removing their ATMs and as a result, thousands of communities and cash users lost the possibility of accessing cash.

The pilot aims to work with a number of communities across the UK to try out and test scalable solutions that help to ensure sustainable access to cash.

As part of this initiative a small number of locations for pilot projects have been selected. The pilots will operate for the first six months of 2021. The aim of these pilots is to trial new solutions for cash access which could have wider applicability across the UK.

After a successful pilot project in Sweden, the UK is now the second confirmed market entry in 2020, with more European markets to follow by the end of the year.