A new working paper by the Bank for International Settlements (BIS) looks at the state of central bank digital currency (CBDC) projects around the world.

According to the study, as of mid-July 2020, at least 36 central banks had published retail or wholesale CBDC work.

Meanwhile, 18 central banks had published research on retail CBDCs, and another 13 had announced research or development work on a wholesale CBDC, the paper says. 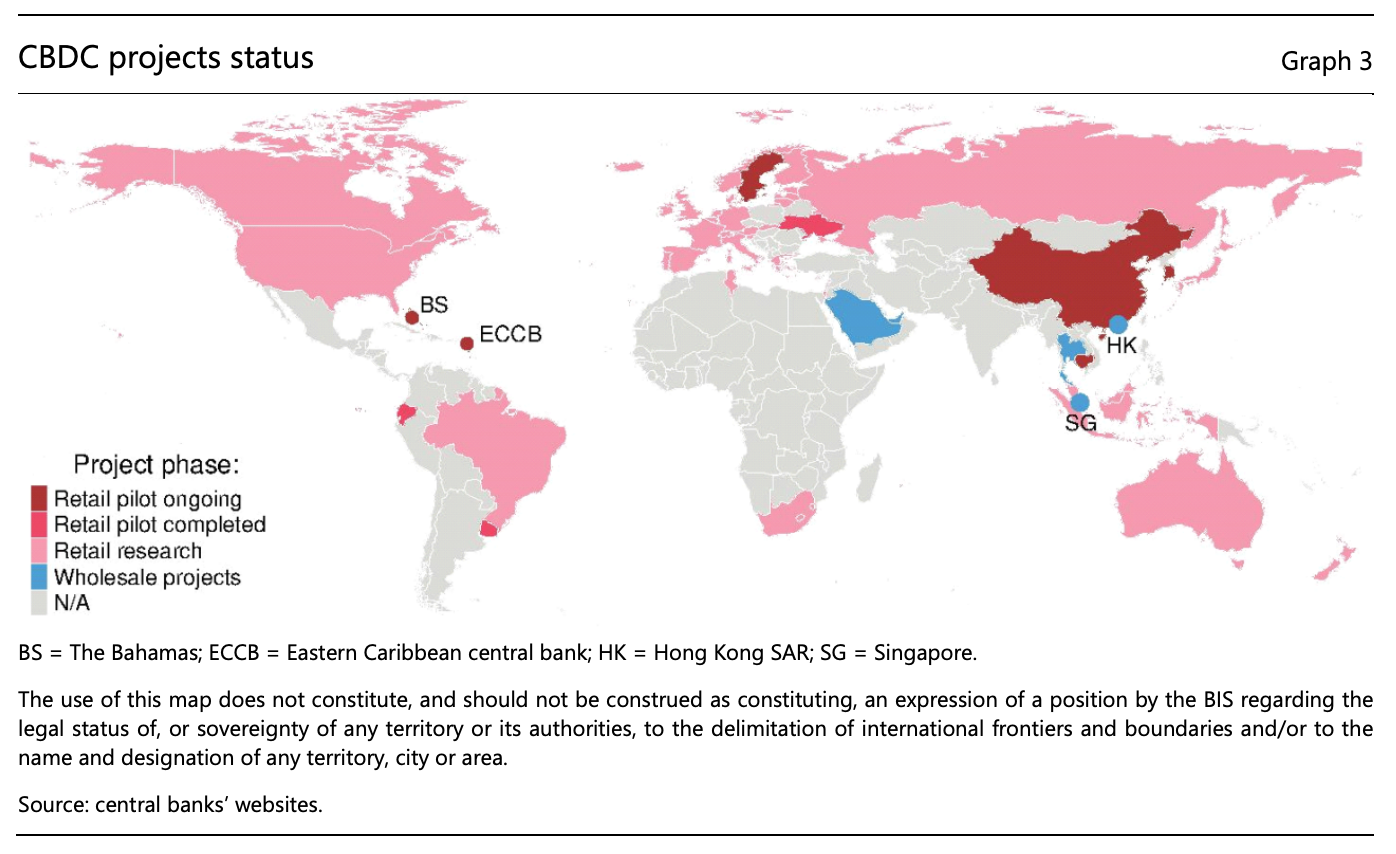 The research found that retail CBDC projects were more advanced in jurisdictions with high innovation capacity and larger informal economies.

Wholesale CBDC projects, on the other hand, are more advanced in economies that have higher financial development, which could reflect the focus of most of them being on increasing the efficiency of wholesale settlement.

Wholesale CBDCs are restricted to serve a limited circle, mostly financial institutions, while retail CBDCs are to be widely available to the general public.

But what all CBDC projects have in common is that none of the initiatives studied intends to replace cash but rather complement it.

In China, a highly digitized economy with widespread use of private digital payment services, the planned CBDC aims to provide a convenient complement to cash for use in online transactions.

Another advanced CBDC project is the e-krona project in Sweden. Sweden, another highly digitized economy where cash use has been on the decline for years, is currently developing a proof-of-concept of the e-krona project, which is intended as a complement to cash as well.

The COVID-19 pandemic and the social distancing measures put in place to prevent the spread of the virus have sped up the shift toward digital payments and accelerated the development of CBDC.

Most recently, the Bank of Korea moved to a more technical phase in its push to develop a CBDC. It is now seeking a consulting partnership to bring the second phase of its CBDC plan to fruition, the Korea Times reported in late-August 2020.

In Brazil, the central bank is aiming to develop a CBDC by 2022. And in Europe, the European Central Bank (ECB) formed a taskforce in early 2020 to explore what a digital euro would look like.

To tap into the CBDC frenzy, MasterCard announced earlier this week the launch a new CBDC testing platform for central banks to assess and explore national digital currencies. The platform enables the simulation of issuance, distribution and exchange of CBDCs between banks, financial service providers and consumers.

Cloud and Digital Wallets to Drive Payments in Latin America, Despite Pandemic