Habi, a Colombian data-driven residential real estate platform, announced that it has raised US$200 million in equity in its Series C funding round,

The company said that it is the first proptech unicorn with a female founder and CEO in Latin America.

Habi said that it will use the capital raised in its Series C round to continue to expand its geographic presence on a path to cover all major cities across Spanish-speaking Latin America and deepen its suite of offerings, with a focus on embedded financial services.

This announcement comes on the heels of its US$100 million Series B funding round in June 2021 led by the SoftBank Latin America Fund alongside previous investors Inspired Capital, Tiger Global, Homebrew, and 8VC. The funds allowed Habi to expand its footprint into Mexico.

Habi now operates in more than 15 cities in Mexico and Colombia, representing an estimated population of over 60 million. 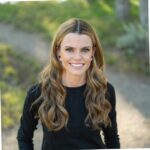 “We’re thrilled with the progress we’ve made in the short time since our last funding round.

With strong partnerships and an expanded market presence, we are at the very early stages of building out the infrastructure to provide much-needed information, trust and liquidity to a housing market that desperately needs it—one we estimate at $2 trillion across cities in Spanish-speaking Latin America.” 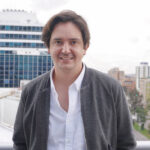 “We are extremely proud that we have built a world-class team that continues to demonstrate a deep commitment to our customers and who are building out innovative, proprietary tools with the underlying goal of democratizing the homebuying process for millions of consumers.”