Float, a Canadian all-in-one corporate card and spend management solution, announced that it has closed US$30 million in Series A financing led by Tiger Global.

Since Float’s public launch earlier this year in March 2021, the firm reported that its average monthly customer spend has increased more than 6 times.

Meanwhile, its total payment volume on Float has increased by approximately 20x since its US$5 million seed financing in June 2021 co-led by Susa Ventures and existing investor Golden Ventures. 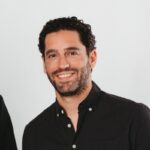 Rob Khazzam, Co-Founder and CEO of Float said in a post,

None of this would be possible without our amazing customers, many of whom have played a major part in helping us develop new products and features. We look forward to delivering even better service to our customers over the coming months and years.”