Canadian travel tech company Hopper announced that it has completed a US$175 million Series G financing round led by New York’s GPI Capital.

Hopper said in a statement that the funds will be used to accelerate the company’s growth across several fronts including customer support.

The firm will also be hiring an additional 500 employees, 300 of which will be focused on customer service.

Additionally, Hopper added that it is actively looking to “acqui-hire” other teams in travel, data science, or engineering-heavy startups to introduce new product offerings and fuel international expansion.

Hopper has had recent success integrating the teams of Journy and Mowgli, which will accelerate entry into new travel categories such as home rentals and regional expansion to Europe. 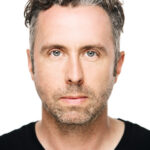 “We feel strongly that our fintech offerings through Hopper Cloud can help supercharge the travel industry’s recovery by introducing a totally unique revenue stream for other brands.

In fact, if all travel distribution channels offered our fintech, it could increase the total consumer spend for the sector by $200 billion annually.”

Neobanks Come for Kids and Teens