Nubank Leads US$44 Million Investment Round in Indian Neobank Jupiter

Brazilian challenger bank Nubank announced that it led a US$44 million investment round in Jupiter, an Indian digital bank which launched its beta app about a month ago.

This marks the first investment that Nubank has made into another company. The funding round was joined by venture capital firms Sequoia Capital and Matrix Partners.

With this investment, Nubank intends be a part of Jupiter and also “take advantage of the similarities with the Indian market to promote more and more changes in Latin America”.

Nubank had recently announced that it had raised a total of US$ 750 million during two extensions of its Series G funding round, raising the round to US$1.15 billion.

The neobank is now valued at US$30 billion, up from US$25 billion at the time of its previous fundraising round. 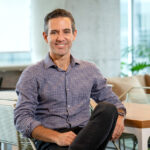 “Nubank and Jupiter share the mission of creating the best possible financial experience for customers, eliminating all the bureaucracy and pain of the current system.

The Indian and Latin American markets have many similarities and, with this investment, we intend to support them on their path of growth and learn from the challenges they will face there.”