Brazilian challenger bank Nubank announced that it has raised a total of US$ 750 million during two extensions of its Series G funding round, raising the round to US$1.15 billion.

During the first extension, the challenger bank secured US$500 million led by Warren Buffett’s Berkshire Hathaway, one of the largest publicly-held companies in the world.

The second US$250 million Series G extension was led by Sands Capital and with the participation of Brazilian investors; Absoluto Partners , asset manager co-founded by José Zitelmann and Gustavo Hungria, and Verde Asset Management, manager led by Luis Stuhlberger.

The new investments give Nubank a US$ 30 billion valuation, up from US$25 billion at the time of its previous fundraising round.

Nubank said in a statement that it is the largest digital bank in the world in terms of number of customers as it has just reached the 40 million mark and, in these first five months of the year, it has grown at a pace of more than 45,000 new customers per day.

The company has strengthened its operations in Mexico and Colombia, countries that, together with Brazil, represent 60% of Latin America’s GDP and population. 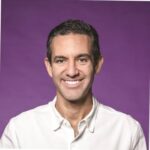 “Nubank established a new paradigm in the market, which has forced all players to review their processes and products.

And as I say: for us at Nubank, it’s still the first day. There is still a lot to be done”,

In line with the company’s plans, the investment raised will be used to support Nubank’s growth on three major development fronts.

First, it will help to further expand the product offering, introducing new solutions to the portfolio, but also maintaining the accelerated growth rate in terms of market penetration, for example, in the investment sector.

Nubank recently absorbed Easynvest, a digital investment platforms in Brazil, which has more than US$5 billion in assets under custody and 1.6 million clients.

With this step, the company intends to take the Nubank way of revolutionising financial services even further and democratise access to investments.

The capital will also be directed towards the company’s international expansion. The digital bank launched its first product in Mexico just over a year ago and has already received 1.5 million applications and is one of the largest issuers of new credit cards in the country.

On top of that, the company recently announced that it will invest US$ 135 million in the country to accelerate growth and expand the local operation.

In Colombia, where Nubank landed about six months ago and has a product in beta phase, more than 300,000 Colombians have already signed up on the waiting list to become credit card customers.