Sequoia Capital, 500 Startups, Ribbit Capital, Accel and Global Founders Capital (GFC) were the five most active fintech venture capital (VC) investors in deal count from Q2 2019 to Q2 2020, according to an analysis by CB Insights. 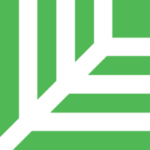 Sequoia Capital, which includes its US, China, and India funds, was the most active VC investor across this time period, inking deals to startups including online payment processing startup Stripe, which raised a US$600 million Series G in April, retail trading platform Robinhood, which raised US$280 million in a Series F funding round in May, and Brazil-based challenger bank NuBank, which raised US$300 million in June. 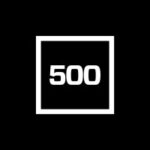 Startup accelerator and VC firm 500 Startups was the second most active VC investor in fintech between Q2 2019 and Q2 2020, participating in Israeli CreditStacks’ US$10 million round in November 2019, UAE-based wealthtech startup Sarwa’s US$8.4 million Series A, and Vietnamese credit scoring startup Trusting Social’s US$25 million round.

According to Dealroom, 500 Startups has a portfolio of 244 fintech companies, including Chipper (Ghana), BeeCash (Indonesia), Kin Insurance (USA), and Magnetis (Brazil). 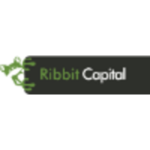 Ribbit Capital, a fintech-focused VC firm, was the third most active VC during the period, having co-led Indian fintech startup Bharat’s US$75 million round in February, as well as DreamPlug Technologies’ US$101 million round in August 2019. 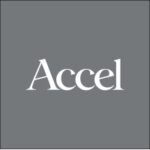 American VC firm Accel was the fourth most active fintech investor between Q2 2019 and Q2 2020. Accel led a US$77 million funding round for fintech firm Galileo in October 2019 and a US$67 million Series B for German wealhtech startup Trade Republic in April 2020, and participated in Indian digital gold loans startup Rupeek’s US$60 million Series C in February 2020.

According to Dealroom, Accel has a portfolio of 61 fintech companies, including WorldRemit (UK), Monzo (UK), FalconX (USA) and Anyfin (Sweden). 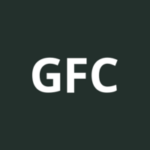 Germany’s GFC, known as Rocket Internet’s VC arm, was the fifth most active fintech VC investor during the period, participating in French accounting startup Pennylane’s EUR 4 million round and Swedish home refinancing startup Anyfin’s US$30 million Series B in May 2020, and leading Indonesian student loan startup Pintek’s pre-Series A round in November 2019.

According to Dealroom, GFC has a portfolio of 59 fintech companies, among which Revolut (UK), Mamo Pay (India), Benepass (USA), Pixpay (France), Modifi (Germany) and TaxBit (USA). 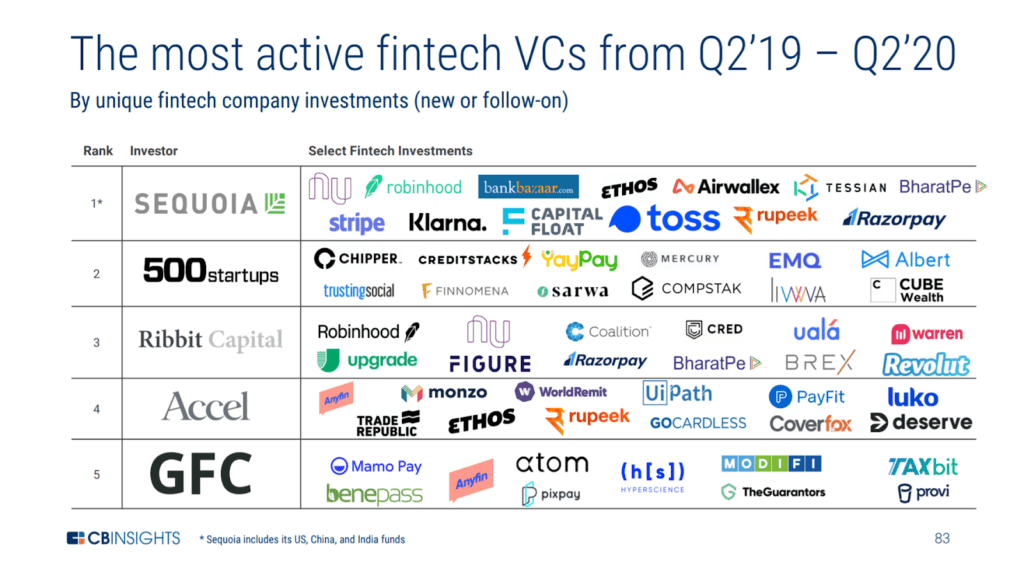 In Europe, the most active early-stage (pre-seed, seed and Series A) VC investors come from the UK and Germany, two locations that also attract the most funding, according to an analysis by Sifted.

Seedcamp was the third most active early stage fintech VC investor between 2015 and 2019 with 46 rounds, including Madrid-based StudentFinance’s US$1.27 million seed round in December 2019 and Latvian financial data analytics startup Nordigen’s US$800,000 seed round in September 2018. Other notable portfolio fintech companies include UK-based TransferWise and Monese. 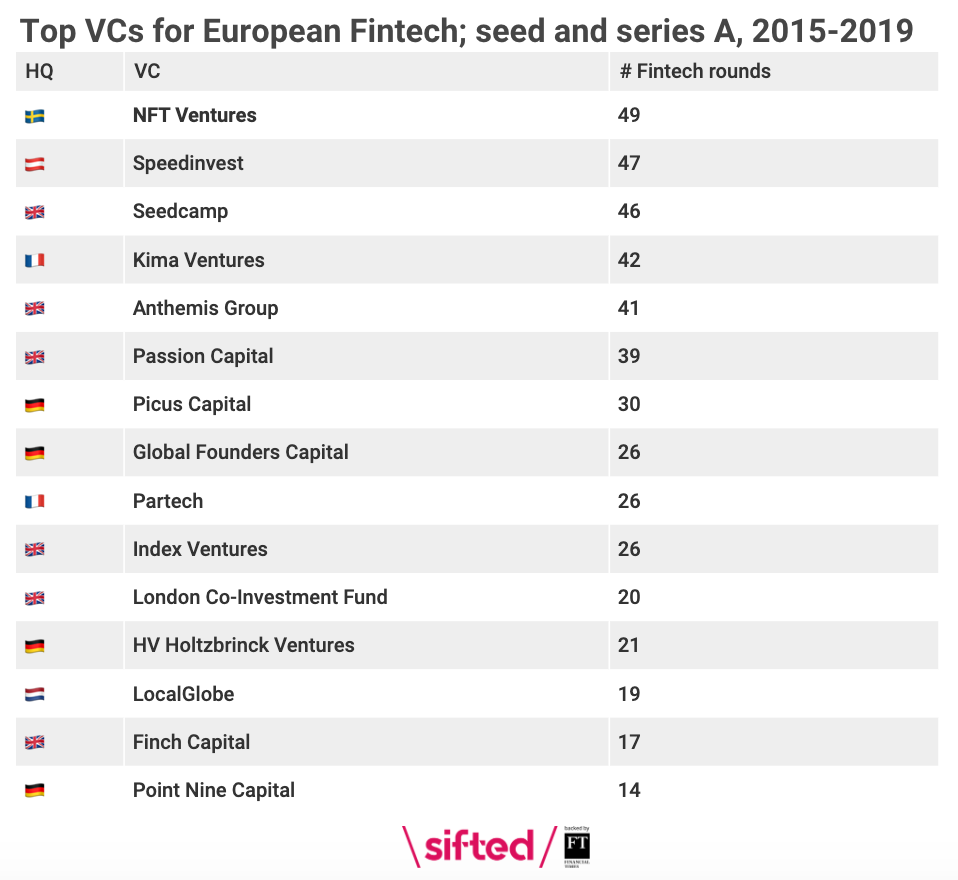