New York-based iCapital Network, a fintech startup with a platform for investing in alternative assets, announced a series of milestones in its expansion journey into European and Asian markets.

With the appointment of two industry insiders as senior executives to lead iCapital’s international growth strategy, plans for new offices spanning Europe and Asia, and the agreed-upon acquisition of a 65-person technology team in Portugal, iCapital is rapidly expanding its global foothold. 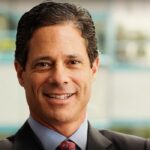 “iCapital’s latest international investments demonstrate our commitment to bringing the opportunities of private investments to international advisors and investors and fulfilling our mission of powering the global alternative investing ecosystem,”

“As appetite for private market investing continues to grow, our expanding team will deliver these strategies – powered by a robust technical infrastructure – to advisors and their clients across the globe.”

To drive the achievement of its mission, iCapital announced the addition of two accomplished leaders with expertise in supporting the global high-net-worth (HNW) investing community. 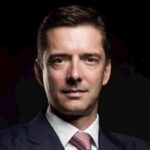 Based out of Zurich, Marco Bizzozero will join iCapital on December 1st as Head of International and a member of the iCapital Executive Committee, reporting to Mr. Calcano. In this newly created role, Mr. Bizzozero will spearhead iCapital’s expansion into the European and Asian markets.

An industry veteran, Mr. Bizzozero has more than 25 years of international experience in the financial industry and an impressive list of accomplishments in senior executive positions in global wealth management and private equity organizations. Mr. Bizzozero joins iCapital from UniCredit where he was CEO of Group Wealth Management and member of the Group Executive Management Committee. 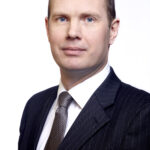 Based out of London, Tom Slocock joins iCapital as Managing Director and Head of International Product Development & Origination, reporting to Mr. Bizzozero. Mr. Slocock will lead the development and launch of new investment products and manage the life cycle of existing offerings explicitly designed for the needs of the international marketplace. Mr. Slocock will bring to iCapital a career-deep understanding of the investment product needs of advisors and their high-net-worth clients in the European and Asian markets.

Prior to joining iCapital, Mr. Slocock was with Deutsche Bank Wealth Management in London for more than 10 years, most recently serving as Head of the Global Funds Group and Head of the Global Investment Group. Prior to this, he was CEO of the U.K. Wealth Management business. Before joining Deutsche Bank, he was with Credit Suisse in London, most recently as Managing Director and Head of International Private Banking.

Under the agreement, these experts will join iCapital’s existing team of engineers, developers, and designers dedicated to the ongoing technological innovation of iCapital’s offerings. The transaction is expected to close 4Q2020.

In 2018, iCapital opened its first international office in Zurich, Switzerland to bring increased access to alternative investing opportunities to the European markets.

Furthermore, iCapital will open offices in London and Singapore in 1H2021 to support its recent international senior hires and growing footprint in the European and Asian regions.

Led by Hong Kong-based Ping An Global Voyager Fund, iCapital raised US$146 million in its latest funding round.

16 Upcoming Fintech Events in the US

US Department of Justice Sets up National Crypto Enforcement Team