Stripe Raises $600 Million in Funding, Pushing Its Valuation To $95 Billion

Stripe, an Irish-American payment processing platform, has raised $600 million (€500 million) during a funding round, pushing its valuation to $95 billion (€80 billion).

The company will use the capital to invest in its European operations, and its Dublin headquarters in particular, support surging demand from enterprise heavyweights across Europe, and expand its Global Payments and Treasury Network.

Of the 42 countries in which Stripe powers businesses today, 31 are in Europe. And many of the continent’s largest and fastest growing companies are building on the platform. 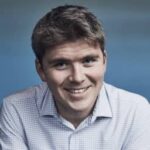 “We’re investing a ton more in Europe this year, particularly in Ireland.

Whether in fintech, mobility, retail or SaaS, the growth opportunity for the European digital economy is immense.“ 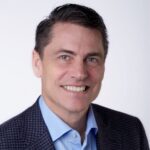 “In 2021, we will double down on our enterprise capabilities, particularly our customer success teams, to help even more large businesses like Twilio or Zapier significantly increase their revenue.

We will also invest in our global expansion to help companies such as Glofox or MATCHESFASHION increase their market opportunity. And through partnerships with enterprise solutions like Salesforce Commerce Cloud we will make it even easier for large multinationals around the world to switch to Stripe.”

Stripe has built programmable infrastructure for global money movement, known as its Global Payments and Treasury Network, as well as a growing roster of products and services atop that foundation, including Billing, Capital, Connect, Issuing, Radar, Terminal and Treasury.

In 2021, Stripe will continue to build its Global Payments and Treasury Network, further expanding its suite of software and services to help ambitious businesses drive more revenue.

Stripe will also soon be available to millions more businesses in Brazil, India, Indonesia, Thailand and the UAE.

Neobank Upgrade Closes US$105 Million Series E Round, Valued at US$3.325 Billion