Online mobile payments and identity verification company Jumio announced that it had cleared over US$200 million in bookings last year.

Jumio also reported that it had closed both the largest new deal and the largest total deal in the company’s history in Q4 2022.

The firm said in a statement that it will continue to further accelerate its investment in its core technology and innovation to combat fraud.

Additional, CTO Stuart Wells joined Jumio in April after nearly a decade at FICO, where he served as Executive Vice President and Chief Product & Technology Officer. 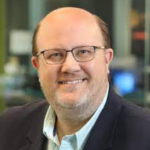 “Jumio’s performance in 2022 and clearing US$200 million in bookings speaks to the growth of the identity industry and also of our clear role as the leader in the space.

Despite the extremely daunting global environment, we continue to manage our business closely and focus on execution so we can evolve with the climate, and it continues to pay off. This allows us to further accelerate our investment in Jumio’s core technology and innovation in our ongoing mission to eradicate online fraud worldwide.”