Digital payments company MoneyGram is now Haas F1 Team’s title sponsor for the 2023 season and beyond, with the new “MoneyGram Haas F1 Team” brand to take effect next year.

The Haas F1 Team is a a fan favorite and the only American team competing in the FIA Formula 1 (F1) World Championship, the world’s foremost motorsports competition with an audience of 500 million.

MoneyGram, who announced the sponsorship at the 10th anniversary of the United States Grand Prix, described it as “the fastest way to send money globally teaming up with the fastest sport in the world.”

The F1 2023 season will take place across 24 races held in 21 countries on five continents. The countries on next year’s circuit account for nearly 80% of MoneyGram’s transaction value. 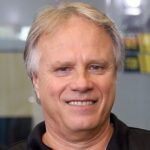 “Since our entrance into the F1 World Championship in 2016, Haas F1 Team has earned a reputation of strength, agility and resilience. MoneyGram brings a similar drive to the world of financial services, and we’re ready to work together to maximize results on and off the track,” 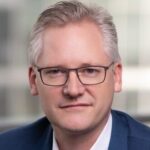 “MoneyGram is a different company than it was even five years ago. We will continue to disrupt ourselves to meet the ever-changing financial needs of consumers, and we’re determined to make sure the world knows it.

That’s why we’re hitting the accelerator by making our debut into the world of F1 and teaming up with Gene and Haas F1 Team,”

PayPal Allows American Customers to Use Cryptocurrencies for Purchases

Broadridge Plans APAC and EMEA Expansion With Latest Acquisition for US$2.5 Billion