Digital Currency Group (DCG) announced that it has closed a secondary investment round by selling more than US$700 million of its shares and is now valued at US$10 billion.

According to the group, its founder and CEO Barry Silbert did not sell any shares as part of the secondary transaction.

DCG has only raised US$25 million in primary capital since the company was formed in 2015.

The group said that it has now invested in more than 200 blockchain companies in 30+ countries around the world and will exceed US$1 billion in revenues in 2021.

DCG also hinted at plans to build a new subsidiary that will launch in 2022. 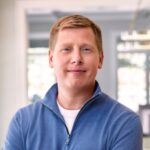 “We’re the best proxy for investing in this industry. We were looking for the type of backers that could be, and hopefully will be with, with us on this journey for the next couple of decades.”

He added that while DCG wouldn’t rule out an IPO, the group is not actively discussing or planning for it at the moment.

PayPal Rolls Out New Features, Poised to Be the Next Super App