Fireblocks, a US-based platform that allows financial institutions to store, move and issue cryptocurrencies, announced that it will be opening of a new office headquartered in Switzerland.

The firm said that it will be dedicating significant resources toward expanding its presence and growth in the DACH market.

Over the last six months, Fireblocks has doubled the size of its European team to support the increasing number of institutional customers in the region with close to 200 customers in the DACH market.

To support Fireblocks’ customer-base in the region, the company has appointed Richard Astle and Ana Santillan as co-Heads of Switzerland.

Richard brings extensive knowledge of the Swiss financial services industry from top tier banks where he participated in launching Swiss Crypto Vault, and was a founding member of the Bitcoin Suisse Institutional Services and Products Division. 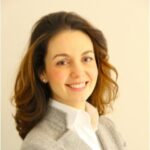 With over a decade of financial experience, Richard and Ana have been advising hedge funds, banks, and corporate clients implementing trading and custody of digital assets.

After onboarding over 500 financial institutions and growing it’s custody technology to support US$1 trillion in digital assets, Fireblocks is solidifying its investment and focus in Switzerland.

In its effort to support the growth of digital assets in Switzerland, Fireblocks recently joined as a member of The Crypto Valley Association, an independent, government-supported association.

Fireblocks has grown to support global banks such as Siam Commercial Bank, SVB, and Bank of New York Mellon (BNY), as well as many institutions based in the EU region like Revolut, Algotrader, GSR Markets, Woorton, Enigma Securities and Scrypt Asset Management powering the custody, transfer and issuance of digital assets. 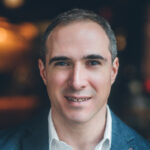 “It is important for us to work with Switzerland-based companies because of the value they bring to the financial market, having established themselves as one of the world’s leading financial centers.

Now these financial institutions are seeking to rapidly deploy digital asset custody, trading, and tokenisation products and are turning to vetted technologies to help them remain at the forefront of this space and securely tap into the global crypto-ecosystem.”

How Jacksonville, FL, Prevails as an Emerging Fintech Powerhouse

Top 10 Most Valuable Fintechs Across North America and Europe