California-based fintech Willa announced that it has secured US$18 million during a Series A funding round.

The round was led by New York-based Fintech Collective, including additional investments from Entrée Capital and EQT Ventures.

With the investment, Willa is gearing up to expand its invite-only beta to a waitlist of 150,000+ freelancers in the United States.

The latest funding will also allow for the company to grow its active user base and keep up with demand and a rapidly growing waitlist. A debit card and additional services centered around financial wellness for freelancers are planned later in 2021.

Willa also plans to expand its team by hiring for an additional 40-50 roles.

The Series A raise comes about a year after a $3M seed investment from EQT Ventures and other angel investors.

The iOS app first launched in late 2020 and helps creative freelancers with an easier way to get paid with no paperwork or risk. Freelancers receive their money in less than 30 seconds, and their clients can pay later on their own terms. 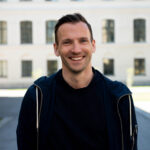 “We’ve got something special going on at Willa which became evident when we had the opportunity to pick and choose between the world’s leading investors for the Series A. I’m excited to boost Willa with additional superpowers from Fintech Collective.

Combining this with the continued support from EQT Ventures and all other existing investors, we come well prepared for the next leg of our journey towards a better life for the future of work.”