As Miami rapidly becomes a central destination for technology development and a symbol for the tech exodus from Silicon Valley, fintech companies are flocking in the city, looking to leverage its Latin American (Latam) ties and crypto-friendly political environment.

This year, Fortu, a digital bank focused on Latino and Hispanic US residents, chose Miami to base its headquarters, deeming it “the highest profile American city with a Latino majority and home to the most exciting emerging technology hub.” 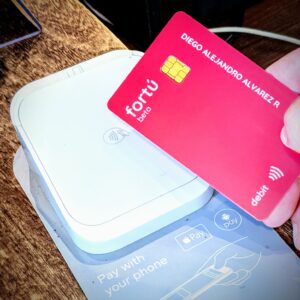 Former PayPal and Intuit CEO Bill Harris said in May that he had moved to Miami to launch its new venture, Nirvana Technology, a digital bank with global ambitions. Harris said in a statement that the team will be “bringing the fire of Silicon Valley – innovation, ambition and mission – to the new Silicon Beach” and will be looking to employ 50 people by yearend and two hundred by the following year.

Migrant-focused Swedish mobile banking app Majority announced the opening of a meet-up center in Miami, and Novo, a challenger bank for small businesses from New York, launched its Miami office.

These are just a few examples of a broader phenomenon that has emerged over the last few months where fintech companies are setting shop in South Florida, looking to benefit from its proximity to Latin America and a political environment that’s welcoming to tech startups and investors.

Laura González-Estéfani, founder of venture capital (VC) firm TheVentureCity, told Techcrunch earlier this year that Miami “has always been an extraordinary hub for fintech” but recently, there has been “a huge internal movement from other states to Miami … because of the immense opportunities Miami offers.”

A bridge to Latin America

Miami has deep cultural ties to Latam and South America, a region that’s seen booming fintech adoption amid low banking penetration, and a slew of fintech companies are looking to take advantages of that, investors interviewed by Techcrunch said. 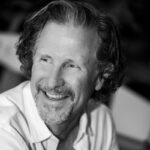 “Being the gateway to Latin America has a massive appeal to me and us here at Florida Funders,”

“The Latin American technology market is still in a very early stage, and Miami is where Latam companies jump into the US and vice versa.”

Financial services in Latam have notoriously low adoption rates and the vast majority of consumers are still underbanked or unbanked. Strong demand for convenient and affordable financial services is setting the stage for new fintech players to both provide existing customers with superior digital banking experiences and introduce consumers to the formal financial system for the first time, Andreessen Horowitz (a16z) general partner Angela Strange and partner Matthieu Hafemeister, wrote in an April 2021 report.

Though the region has experienced an explosion in fintech activity, with leaders including Brazil’s Nubank and C6 Bank, and Mexico’s Bitso, witnessing rapid growth, there’s still plenty of opportunities to tap into, the authors said. They noted Latam’s massive addressable market, the underwhelming digital banking experiences provided by traditional banks, and fintech-friendly regulations.

Miami has also been generating considerable buzz in the cryptocurrency community as it strives to become a top destination for all sorts of professionals interested in the space.

Crypto-friendly mayor Francis Suarez has been vocal about his interest in Bitcoin, advocating for policies that would enable city employees to be paid and residents to pay their taxes in the cryptocurrency. The city itself is considering holding it as an asset on their balance sheet.

Tim Shields, a Kelley Kronenberg partner in Florida, called it “an exciting step” that’s “symbolic more than practical because of the limited amount of people that might partake [in that option].”

Nevertheless, the mayor’s advocacy will earn goodwill in the industry and perhaps some additional business, Shields told Law360.

Most recently, the mayor told CNBC that Miami was working to lower the cost of electricity in order to entice bitcoin miners, mostly particularly those in China, to make the move to Florida. He promoted the city’s virtually unlimited supply of cheap nuclear energy, stating: “We want to make sure that our city has an opportunity to compete. We’re talking to a lot of companies and just telling them, ‘Hey, we want you to be here.’”

Compared to fintech hubs like New York and San Francisco, the Miami fintech ecosystem remains relatively small but funding activity has accelerated over the past year. In 2020, fintech was the second-largest tech sector in the Miami-Fort Lauderdale by VC deals, according to Refresh Miami, and this year, a number of notable rounds have already taken place.

These include Pipe’s massive US$250 million funding round in May. The investment came just a few months after Pipe, a revenue trading platform for businesses, raised US$50 million in strategic equity funding, and valued the startup at a whopping US$2 billion. Pipe is Florida’s first and only fintech unicorn, according to CB Insights data.

Nymbus, a provider of banking-as-a-service solutions, raised a S$53 million Series C in February. The company closed an additional US$15 million in April, reported Refresh Miami.