In Nov 2020, DOJ had filed a civil antitrust lawsuit in order to halt the merger alleging that Visa was attempting to monopolise the payments market with the Plaid acquisition to put an end to the latter’s competitive threat.

“We are confident we would have prevailed in court as Plaid’s capabilities are complementary to Visa’s, not competitive. We believe the combination of Visa with Plaid would have delivered significant benefits, including greater innovation for developers, financial institutions and consumers.

However, it has been a full year since we first announced our intent to acquire Plaid, and protracted and complex litigation will likely take substantial time to fully resolve.” 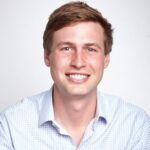 “This past year saw an unprecedented uptick in demand for the services powered by Plaid, and our priority is to support the hundreds of millions of people who now rely on fintech. We made great strides last year, growing our customers by more than sixty percent and adding hundreds of banks to our platform.

While Plaid and Visa would have been a great combination, we have decided to instead work with Visa as an investor and partner so we can fully focus on building the infrastructure to support fintech.“

Goldman Sachs to Acquire GreenSky for US$2.24 Billion