by Company Announcement 7 May 2020

The Libra Association, an independent membership organization, announced the appointment of Stuart Levey as its first CEO.

Mr. Levey brings to the Association a wealth of leadership experience in the public and private sectors cutting across banking, regulatory policy and national security issues. He is currently serving as Chief Legal Officer of HSBC, one of the world’s leading financial institutions with a presence in 64 countries and territories. Prior to joining HSBC, Mr. Levey served as the first Under Secretary of the Treasury for Terrorism and Financial Intelligence during the Bush and Obama Administrations. During his tenure, Mr. Levey was instrumental in setting U.S. and international policy to combat illicit finance.

First announced on June 18, 2019, the Libra Association’s mission is to enable a simple global payment system and financial infrastructure that empowers billions of people. Mr. Levey will serve as the overall strategic leader for the project, bringing his extensive expertise to combine technology innovation with a robust compliance and regulatory framework. Mr. Levey will step down from his role at HSBC and join the Libra Association later this summer.

With the recent initiation of a payment system license under the regulatory supervision of Switzerland’s Financial Markets Supervisory Authority, FINMA, Mr. Levey’s leadership will help ensure our vision for innovation, inclusion, compliance and competition can be realized.

“I am honored to join the Libra Association as it charts a bold path forward to harness the power of technology to transform the global payments landscape. Technology provides us with the opportunity to make it easier for individuals and businesses to send and receive money, and to empower more than a billion people who have been left on the sidelines of the financial system, all with robust controls to detect and deter illicit financial activity. I look forward to working closely with governments, regulators, and all of our stakeholders to realize this vision,” 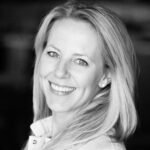 “Stuart brings to the Libra Association the rare combination of an accomplished leader in both the government, where he enjoyed bipartisan respect and influence, and the private sector where he managed teams spread across the globe. This unique experience allows him to bring a wealth of knowledge in banking, finance, regulatory policy and national security to the Association and strike the right balance between innovation and regulation,”

“Stuart shares our vision for using blockchain technology to deliver a more open, inclusive and high-functioning payment system that puts crypto in the hands of billions around the world.”

Mr. Levey will join the Libra Association as its first CEO this summer after stepping down as Chief Legal Officer for HSBC Holdings. Mr. Levey brings years of leadership in the public and private sectors and deep experience in banking, finance, regulatory policy and national security to the Libra Association. He will be based in Washington, D.C.

Mr. Levey is currently the Chief Legal Officer for HSBC Holdings. He also sits on the Group Executive Committee responsible for executive oversight of the entire firm. Prior to joining HSBC, Mr. Levey served in the U.S. Department of the Treasury as the first Under Secretary for Terrorism and Financial Intelligence under Presidents Bush and Obama. During his tenure, Mr. Levey led financial strategies to counter threats to U.S. national security and protect the integrity of the financial system. He oversaw the implementation and enforcement of U.S. sanctions by the Office of Foreign Assets Control (OFAC), and he was responsible for the implementation and enforcement of all U.S. civil anti-money laundering and counter terrorist financing laws by the Financial Crimes Enforcement Network (FinCEN).

Prior to his Treasury appointment, Mr. Levey served in several senior roles at the U.S. Department of Justice, including as the Principal Associate Deputy Attorney General. He joined the Justice Department in 2001 after 11 years in private practice.

Databricks Secures US$1.6 Billion in Series H Fundraise at US$38 Billion Valuation 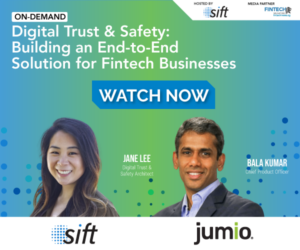