Despite a dip in quarterly investment to US$22.7 billion, the Americas saw a record 806 deals in Q1’22, according to KPMG’s Pulse of Fintech H1’22 report. 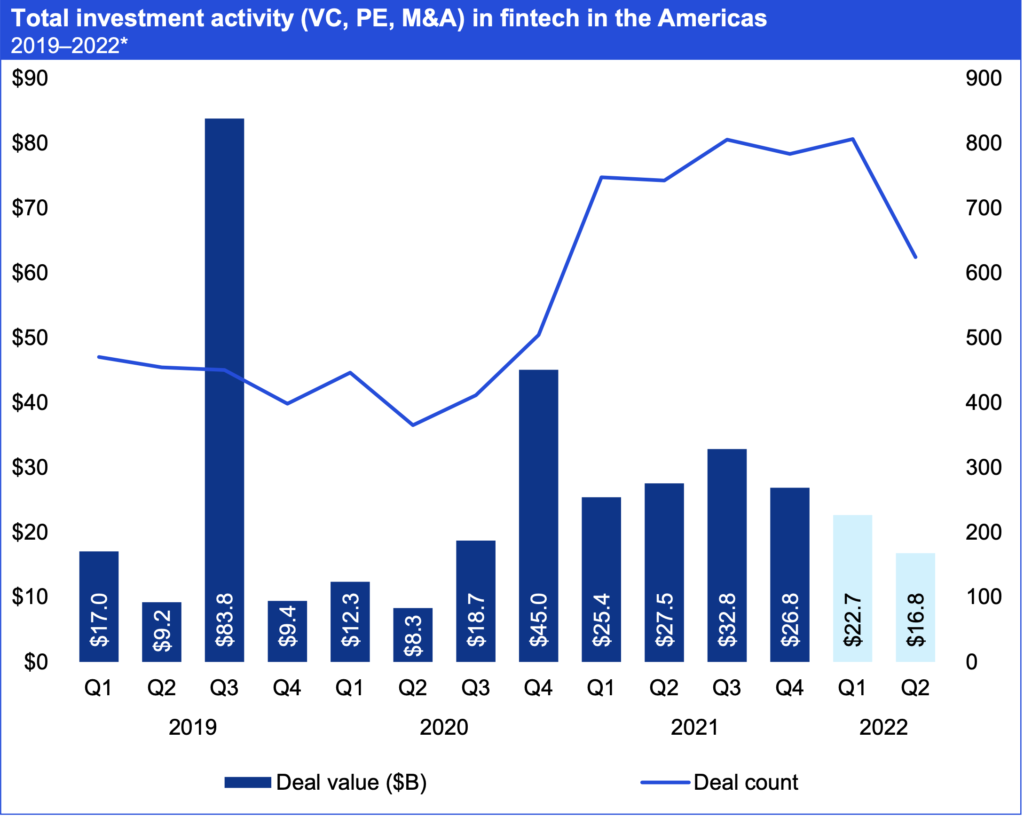 Key H1’22 highlights from the Americas include:

US attracts majority of fintech investment

Investors enhanced their focus on profitability, top-line revenue growth, cash flow, and the potential of companies to deliver returns given the changing market conditions.

Declining valuations in many fintech subsectors

Given macroeconomic conditions, many public companies have seen significant downward pressure on their valuations, including many previously frothy tech companies.

While the private markets have not seen adjustments to the same degree as of yet, there could be a number of downrounds heading into H2’22 as fintechs look to raise capital given the downward pressure on valuations.

Within the Americas, challenger banks continued to attract attention — particularly in Latin America, where they are focusing on middle market consumers and small businesses — large populations seen as underserved historically.

Interest in challenger banks is also growing in Canada, where the banking market has long been dominated by a small number of big banks.

Slowdown in blockchain and crypto funding

While investment remained very strong compared to pre-2021 results, led by Bahamas-based FTX and US-based Fireblocks’ US$550 million raise, H2’22 could present more challenges for companies in the sector. 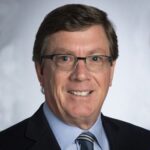 “VC and PE firms have raised a lot of money, especially in the later half of 2021, so funds are still very liquid.

As valuations come down and stabilize and investors become more comfortable with what the outlook looks like, we may see deal activity pick up, but investors are going to want to provide funding at much different valuations than they did before.

Many will also want to extract more ownership out of their investments than maybe they’ve been able to over the last year or two,”

said Robert Ruark, Principal, Financial Services Strategy and Fintech Lead at KPMG in the US.

Remitly Receives Investment From Visa Ahead of IPO Plans